The team gets to see Singapore

Jennifer and Grace were disappointed with their defeat yesterday in the QFs. After their game, it was decided that the team will visit Orchard Rd so that the players can see a bit of Singapore instead of just the Singapore Badminton Hall.

I do  not have many of the photos as I am waiting for Simon to down load them for me. However here are a few taken on my iphone 5 for the moment.

We went first to Somerset before walking to Orchard Rd. For many of the players, this was their first visit to Orchard Rd. Orchard Rd is Singapore's golden mile for shopping and entertainment. It is famous for its Christmas lights. 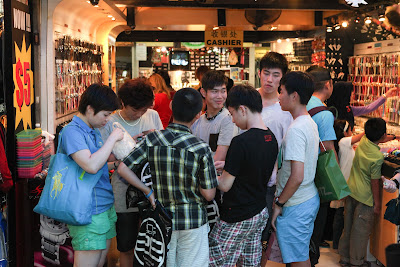 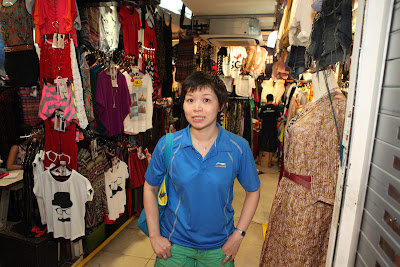 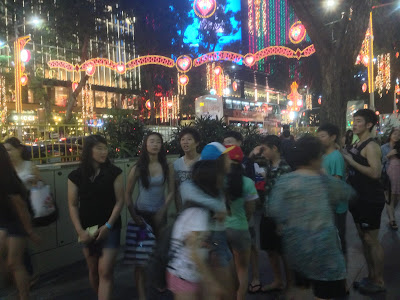 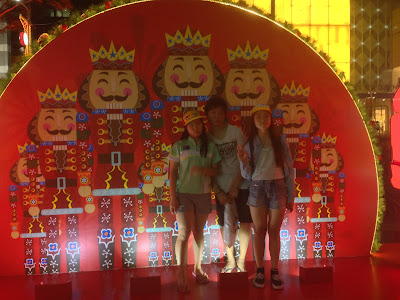 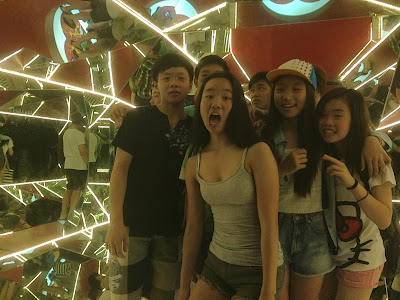 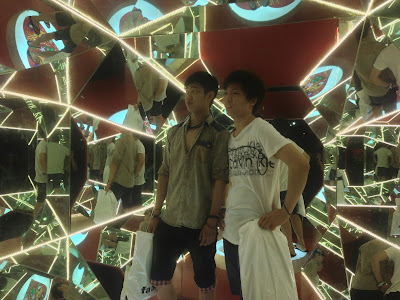 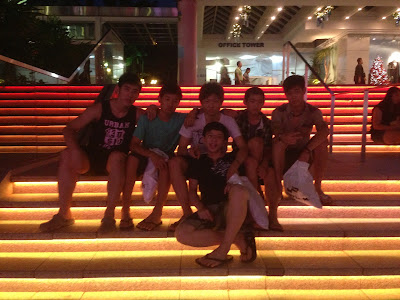 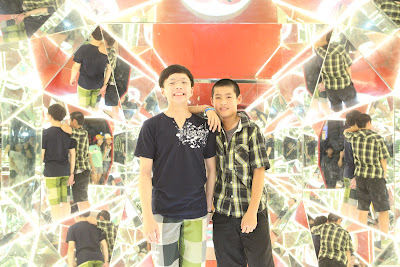 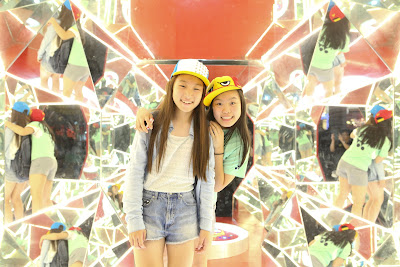 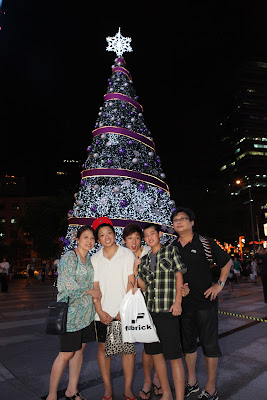 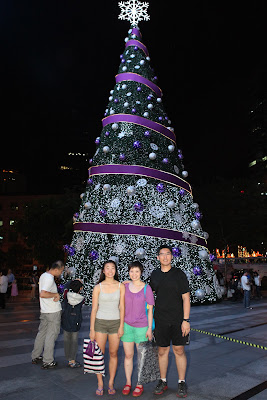 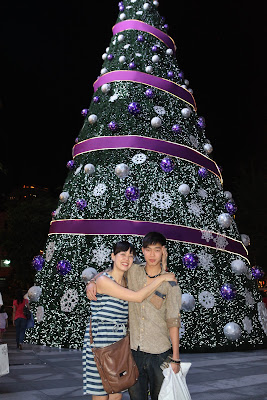 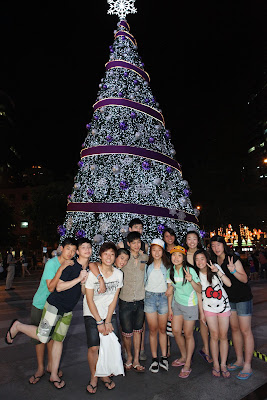 In the morning the girls were ferried to Woodlands where the Singapore Sports School is located. The school had organised for the Aus girls to have some friendly games with the Singapore girls. I am waiting for Simon's photos. 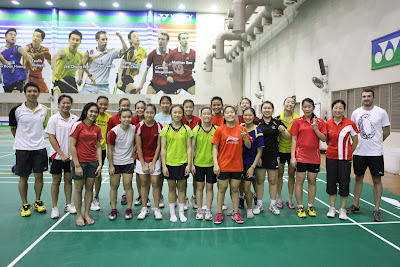 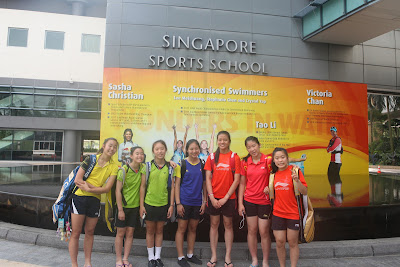 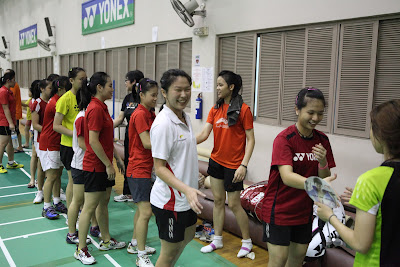 The boys had their training with Coach Nick. He got upset as some of the boys were late. They were properly punished with extra exercises.

In the afternoon, Coach Nick and the WA players were invited to lunch by Willy Lee and Lucy Yau, the parents of Sean Lee who is another former WA State player. We were lucky to be invited to Hong Luck SiYi which is at the old race course in Bukit Timah. That is a top class restaurant specialising in Peking duck.

Lucy Yau was a constant volunteer for the WA State teams as her son Sean was in several state teams. She has just returned to Singapore for good and we will definitely miss her.

At lunch, one of the topics was the lack of manners in the current Australian generation. Nick was recounting that some of the team members do not even address him when they see him in the morning for training. He was comparing the respect given to him by players from other countries.

I was reminded of speaking to an Indo parent during the week. One of his son's friend came to say hello to him by holding his hand and putting it to his chin. The player then did the same to my hand although I had never met him before.

I discussed with Nick that perhaps it is time for him to insist on being addressed as Coach Nick. I think he has taken that to heart.

Some of the players do not even have the manners to say thank you or please.

Am I being over sensitive or out of date. Surely our Asian culture has not been lost through just 1 generation.

I may become unpopular with some of the players for pushing this issue but I believe that it is for the good of the players and the future generation. 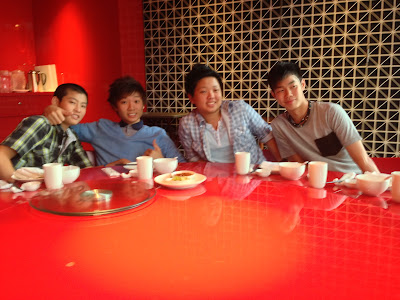 The night was spent shopping as the whole team wanted to spend money. We all went to Bugis Junction.

I am sure Simon will have some photos. 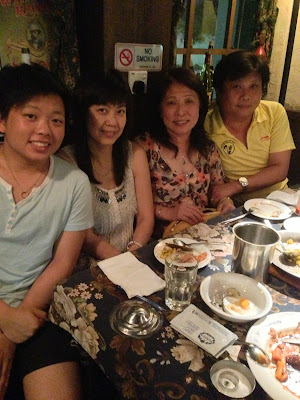 The finals will start at 12 pm tomorrow. Unfortunately we have no Australians taking part.

At the end of the day, it boils down to funding and time allocated for training.

Most of the Aus players will be returning to Australia tomorrow, or is it this morning as it is now 2.15 am.

I have enjoyed blogging this event and hope that you have all enjoyed the insight into how the players performed in what was for some, their first international tournament. All the players and coaches have given their best for Australia. Good night.